The Importance of Furcation Canals, and Sinusitis

The Importance of Furcation Canals, and Sinusitis

The MB2 canal of upper molars is highly variable. It can join the MB1 canal, it can be completely absent, and (as in this case) it can have its own separate foramen far short of the radiographic apex.
This patient presented with unilateral sinus congestion, pain to percuss tooth #14, and a 6mm periodontal probing defect along the tooth’s buccal aspect. A CT scan confirmed that the tooth was necrotic, but also revealed maxillary sinusitis in the area, as well as furcal bone loss that could be misdiagnosed as a fracture.
Root canal therapy was performed and at the 6-month recall visit, the patient was asymptomatic without congestion, and the periodontal probing defect had resolved. Another CT scan confirmed the sinus healing…and it is always nice to see a puff of sealer when the MB2 foramen is in an unusual place.  Below you will find pre- and post-operative radiographs, as well as pre- and post-operative CBCT slices.  The CBCT slices illustrate, first, the resolution of the sinusitis after root canal therapy, and secondly, the unusual location of the MB2 canal near the furcation area. 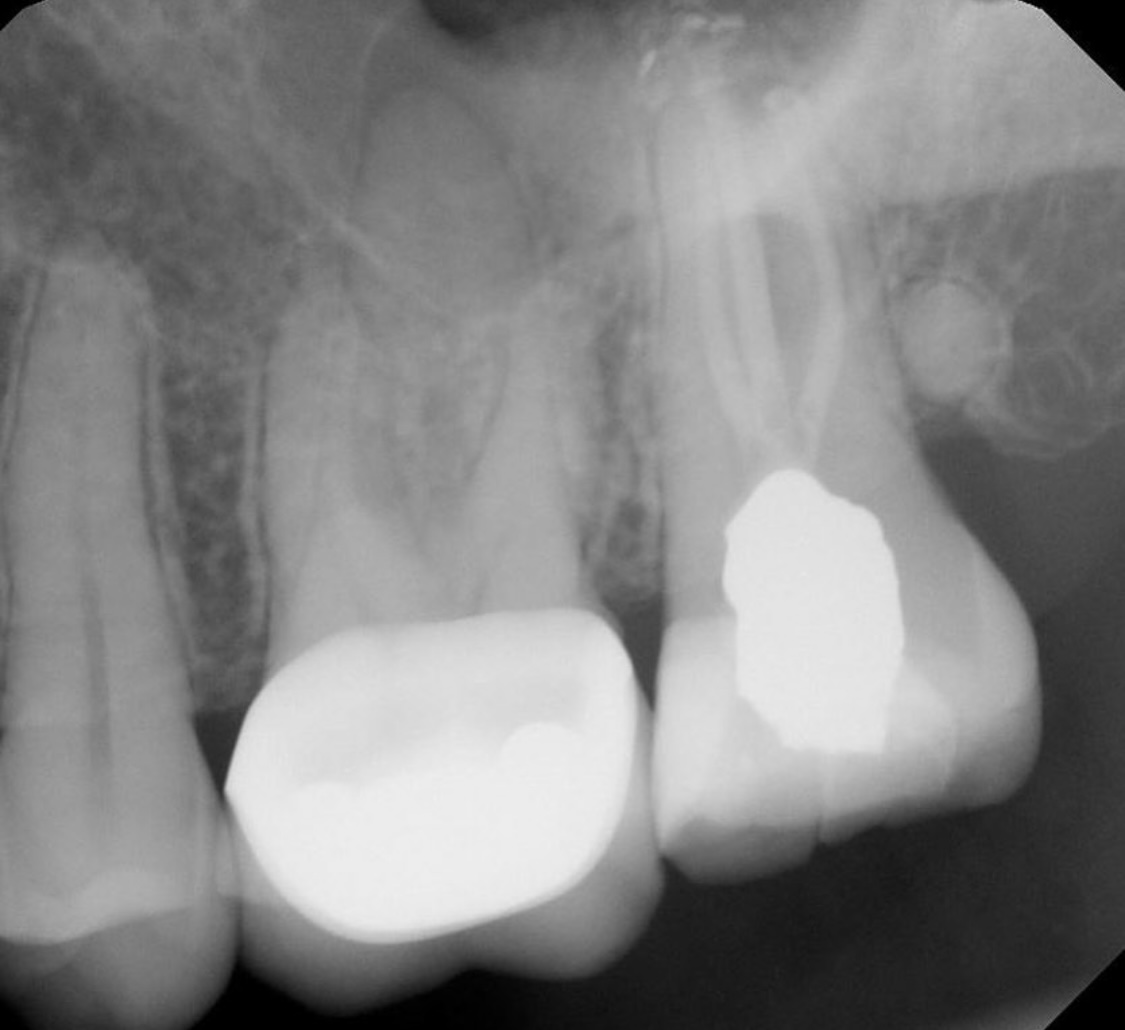 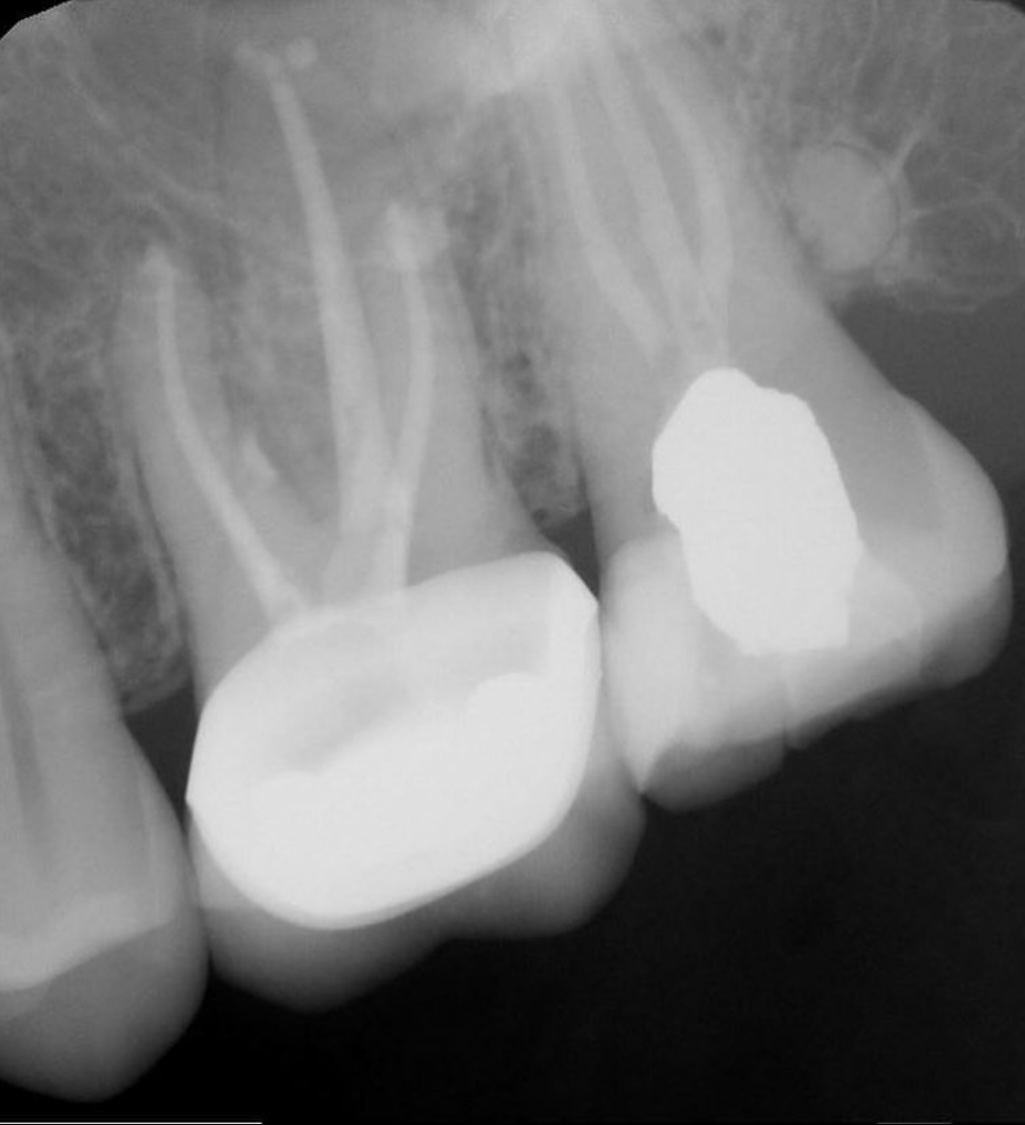 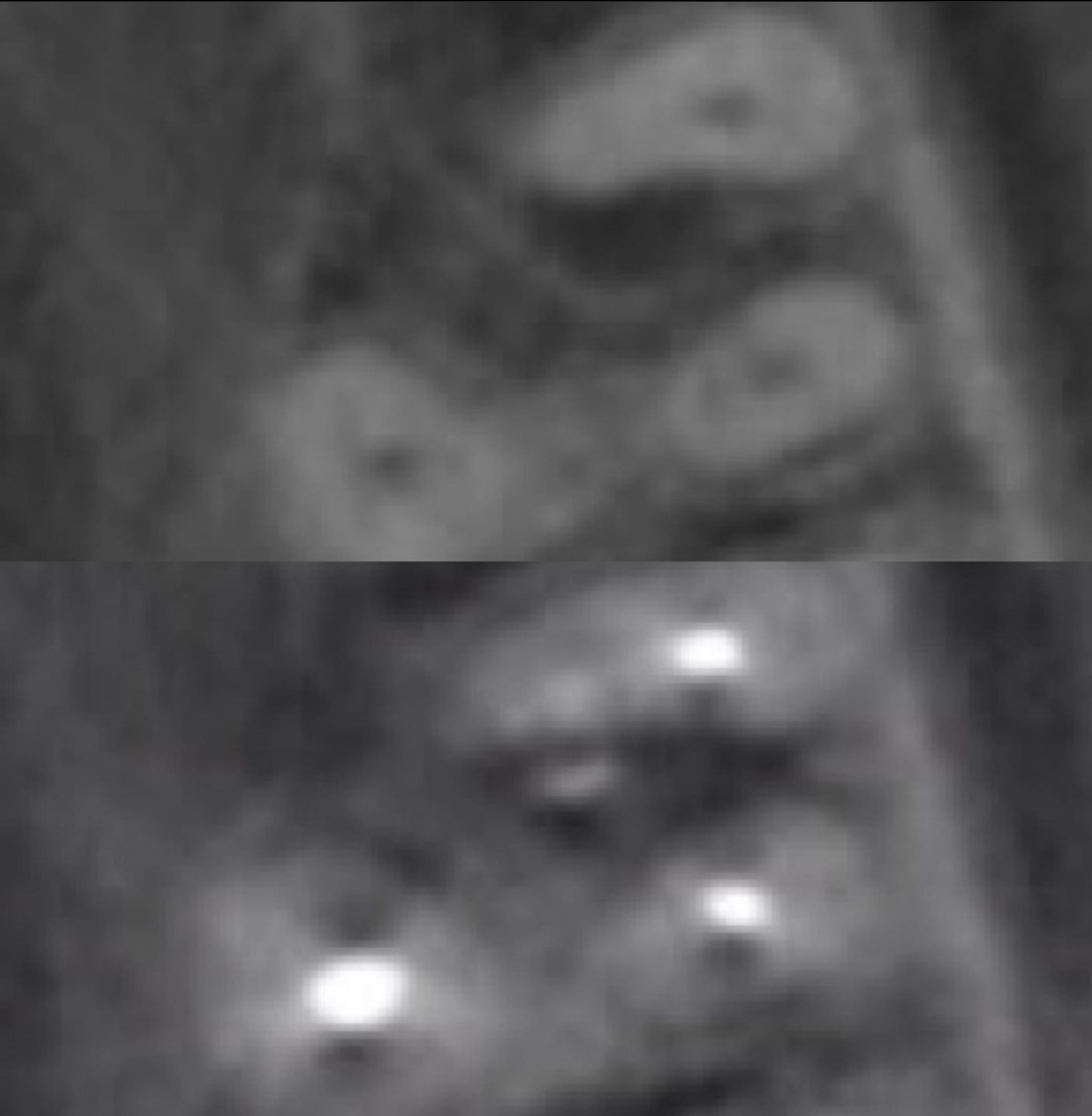 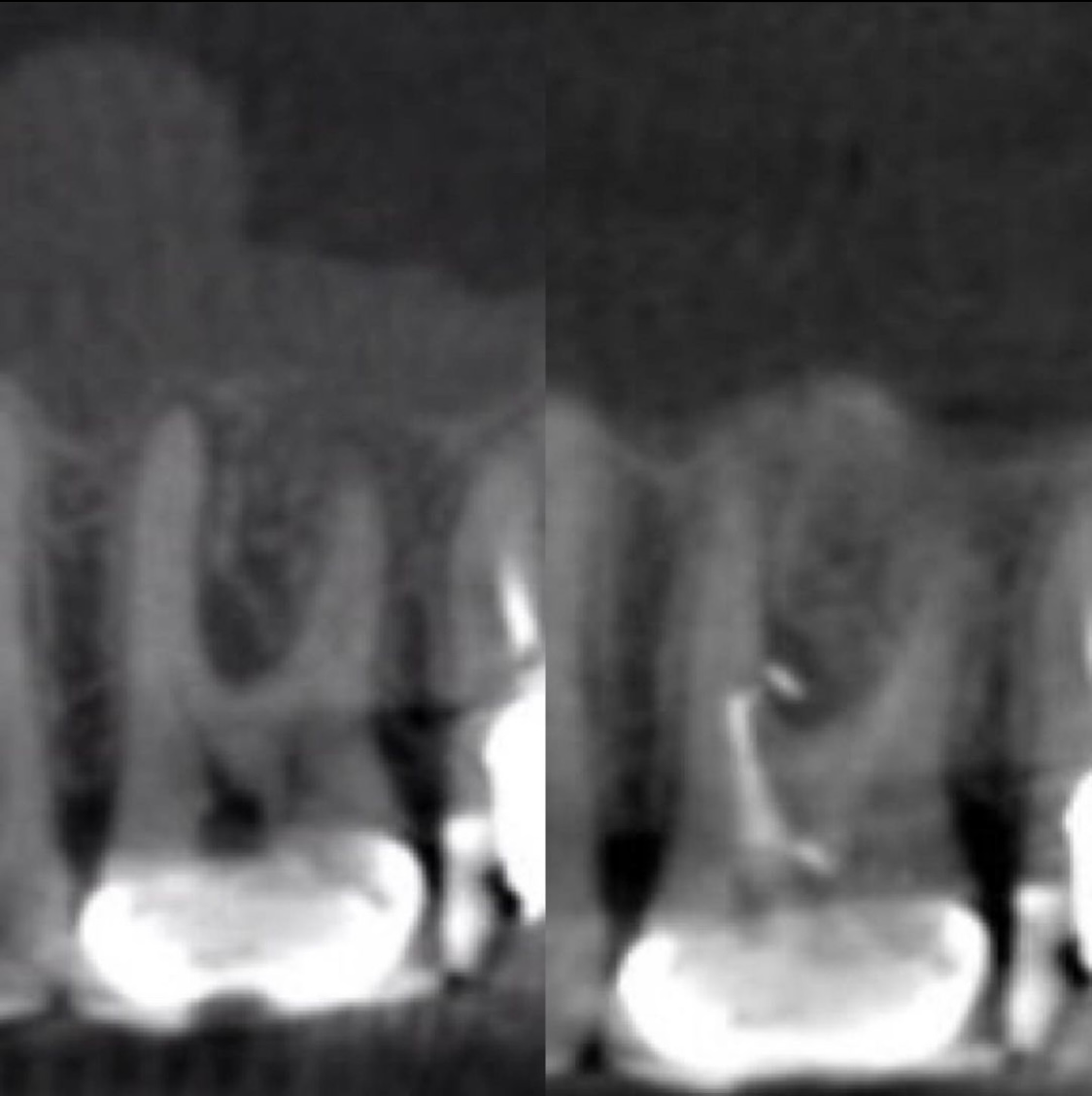 Please do not steal the images from our blogs. If you would like to use them in a presentation, kindly send us an email and we will be glad to provide high resolution images for you to use free of charge.

Dr. Altomare lectures weekly at UMKC's School of Dentistry and would be honored to come speak to your audience as well. Please email us to discuss.

If you are a dental professional, we welcome your thoughts and contributions to these cases. Or, if you have interesting cases you would like to share, we would be happy to host you as a guest author for our blog. Please email us for more information.
Page load link
Go to Top